MIUI 13.0 Firmware Update for Xiaomi/Redmi Devices: Are Your Device Eligible?!

The Chinese company has spared no effort in the process of launching MIUI 12 update for its smart devices in the previous few period, the latest update has already been launched for most of the phones supporting it by the company, so Xiaomi has now been able to start focusing on the upcoming MIUI 13 update. But given that the current interface version has not yet been launched for all phones, the available information about the upcoming 13 UI is still scarce. In addition to that, Xiaomi is currently focusing on sending Android 11 update to its supporting devices.

Speaking of Android 11 update for Xiaomi phones, Mi 10/Mi 10 Pro devices in addition to the Redmi K30 Pro which is the same as the Poco F2 Pro have already got the new OS with its stable version since (October 1). 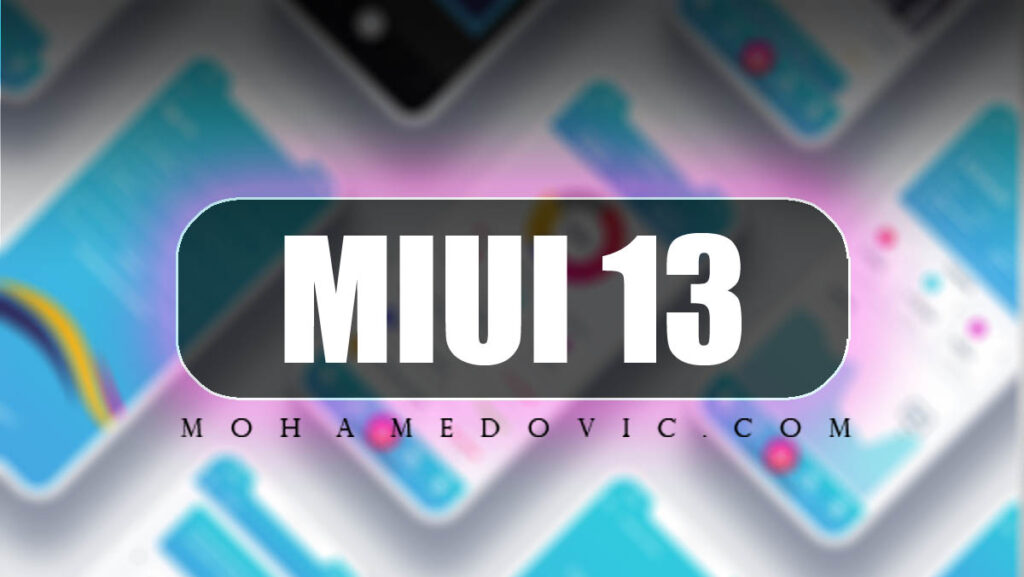 Given the previous information, MIUI 13 update for Xiaomi devices is still a long way since the company is still continuing to launch the MIUI 12 version currently, which was originally announced last April 2020, and given Xiaomi’s policy of launching UI updates, it is doing so, annually. So, yes, we are talking about a version that will not be launched before the same time in 2021 next year.

But despite that, there is already some information available about the upcoming MIUI 13 update such as that it will come with an upgraded version of Super Wallpapers, and also that it will add an eye tracking feature while you use the phone as well as a peek at the phones supporting it, whether it is from the Mi series, Redmi , A, or even Poco.

It was also added to the above that recently in a question & answer by the MIUI developer team in the official support forums, it revealed that the company will focus in the next update on the ‘animation effects’ as you move through the system. Of course, we also expect to see a lot of updates in the stock Xiaomi apps .

But regardless of all of the above, I think the most interesting part about this is knowing which of the Xiaomi phones, Redmi will be officially supporting the upcoming MIUI 13 update. So, after following Xiaomi’s policy of updating its smart devices to the latest MIUI versions, we made this list that includes the company’s supported devices that will receive the MIUI 13 update.

How many updates are Xiaomi Devices supported?

There is an “unofficial” update to Xiaomi’s policy regarding official updates, which indicated the course of official OS updates for its phones. This update in the future will review the updates that will be sent to all categories of the Chinese company’s devices, whether they are for the operating system or only MIUI updates, in addition to the monthly security patches. And the information that was leaked is as follows:

Mi A (Android One)

So, these recent leaks have explained how Xiaomi will support smartphones in all categories. Thus, you can know at any time knowing whether or not your phone will receive a specific update or if you are wondering about Xiaomi phones that support the upcoming MIUI 13 update or even MIUI 14 or operating system updates such as Android 11, Android 12, and so on.

Since the Chinese company has never before clarified which of its phones will get a certain number of official MIUI updates like Samsung does, for example, it will be somewhat difficult to expect which of the Xiaomi devices will be updated to the upcoming MIUI 2021 update. So, our next list is based on the company’s previous updates to its phones, specifically from MIUI 10 to date. As a simple and sure start, Xiaomi usually releases at least two UI versions for all its phones of any class.

But despite this, there are times when the company launches three updates from its UI dedicated to some specific phones, such as Pocophone F1 that came with MIUI 9 from the box, and then received MIUI updates all the way to MIUI 12 update. Therefore, based on these details, we made a list of many phones of the Chinese company from various categories that may get the MIUI 13 update at some point during the next year (Note that it is not arranged in any way):

Will my device get MIUI 13 update?

Through Xiaomi group on Telegram, there is news that Xiaomi is currently preparing to hold the annual Mi Developer event or MIDC (Xiaomi developer conference), which will be held from November 5 to November 7, 2020. Which makes us expect that the Chinese company may reveal the release of its next UI, “MIUI 13”.

Of course, there are some devices that may get MIUI 13 that were not mentioned in the previous list, so I will not need to say that this is the list isUnofficial. So, there is a chance that Xiaomi decided to support some other phones for a final additional update, and there is also a possibility that a company will not even send the update to some of the phones mentioned in this list.

As for older flagships like the Mi 8 series, Xiaomi is unlikely to update these devices to MIUI 13. While users of the Black Shark (first release) will not get the next MIUI update either, they may get most of its new features in Their JoyUI. Therefore, at the present time we suggest that you do not take this information for sure until we get our hands on anything official from the company, or even some confirmed leaks about phones that may get the next MIUI update.

How To Place The Battery Indicator (Around Front Camera) on…