Xiaomi Mi 8 Lite has been waiting for the stable MIUI 12 interface update to arrive since the Chinese company announced its beta versions several months ago in China. A few days ago, the company launched the stable update for the Mi 8 in China as well, so it was only a matter of time or a few days for the company to push the new update also for the Mi 8 Lite. Then after that in the early hours of the today, Xiaomi has already launched the stable MIUI 12 update for Mi 8 Lite, and now you can download the update and learn how to install it from below.

And after the phone got Android 10 update few months ago, it seems that we did not need to wait long after the company upgraded the older brother of the phone, and this is because the Mi 8 Lite has started to receive MIUI 12 today in China, and very soon it will be launched globally for all users around the world. The long-awaited update has brought a lot of new features as well as many improvements and bug fixes that were found in the previous MIUI 11 version.

Mi 8 users in China should get the new OTA update, knowing that the update came with the version number V12.0.1.0.QDTCNXM,  which has arrived with a new notification for users whose devices are running MIUI 11 V11.0.2.0.QDTCNXM which is the latest official release for the phone. 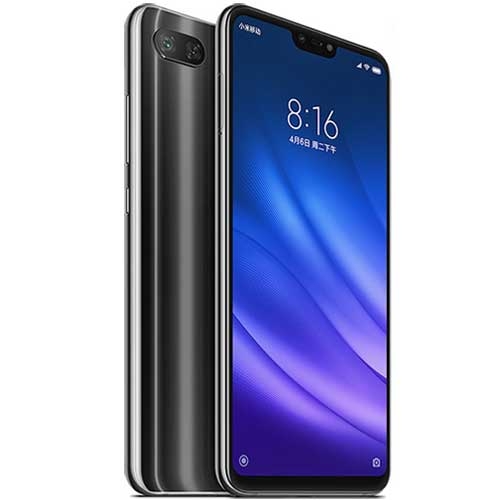 Mi 8 Lite was among the first batch to receive support for the MIUI 12 beta update experience via Mi Pilot in China. So, after the successful trial period has expired, Mi 8 Lite users in China can finally download and install MIUI 12 on their device even if it haven’t yet arrived. The official change log that comes with the new update contains a lot of new features, and you can find out if you decide to download and install the update on your phone.

You can download the official MIUI 12 ROM for your phone by manually checking for a new update by going to Settings> About phone> System updates . On the other hand, you can download stable ROM now and install it on the phone.

But even so, if your phone is a global version you can still install this Chinese version and try MIUI 12 before everyone else, but there are some things that you should know first. Android phones destined for the Chinese market do not have the official Google services from the fund, so you will notice that Any official update directed to the Chinese user will be without official Google appsAlso. Yes, there is a way to install the PlayStore app on Chinese MIUI ROM, but it was something you should have known first.

Once again: You should know that you are downloading a ROM that is primarily intended for the Chinese user and not for the global versions, so this is an official version yes but it does not however contain any of the usual Google services. Once the official update link for global releases is available, we will add these links here.

Install MIUI 12 update (from within settings)

You can go to the explanation of installing stock ROM on a Xiaomi devices there you will find detailed steps accurately on several different ways to install the new update, or you can simply follow the steps mentioned below.

Now we’re completely done! Only now you can discover and enjoy the new MIUI 12 on the Mi 8 Lite. And if you have any questions, or if any step is not understood in the update steps, just leave a comment as you like and we will get back to you as quickly as possible.
Android 10MIUI 12Xiaomi
Share FacebookTwitterTelegram