In May 2020, the Chinese company Vivo, which is mainly owned by BBK, began constructing a very huge 32-storey building that will be its main building, and it is supposed to be completed in 2025. This tower, according to a Bloomberg report, will be sufficient for the work of 6,000 workers and employees of the Chinese company, and we hope that among them are some of the best programmers and developers of Vivo for its dedicated interface Funtouch OS 11 which we are talking about today.

And to be honest, Vivo as a smartphone manufacturer is lagging behind in the official system updates process compared to other companies. Of course, the company’s phones, while we are talking, receive the Funtouch OS 10 update, which was built on the Android 10 OS, in fact there are a good number of Vivo phones that have received the “penultimate” system update so far. 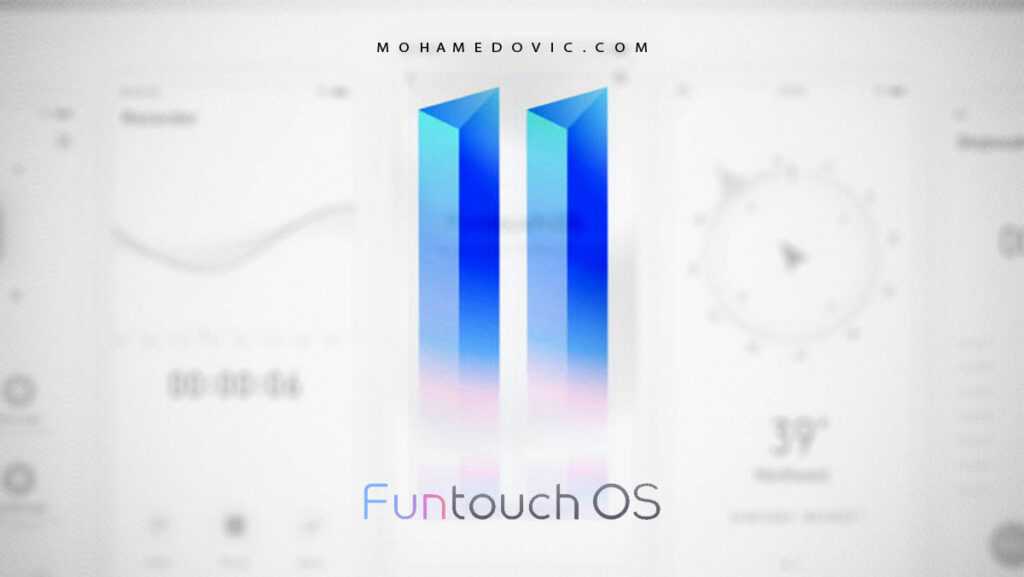 As we mentioned earlier, the Chinese company is currently sending the Android 10 system for it’s smartphones, but despite this, its launch began during the appearance of the Android 11 beta system for most other phones from the rest of the companies! And to be sure that it will not be late in sending the latest Android system to phones again, Vivo has already started the beta program for Android 11 alongside the Funtouch OS 11 UI for programmers who want to update and configure their applications to run on the new version of the interface before its stable launch. 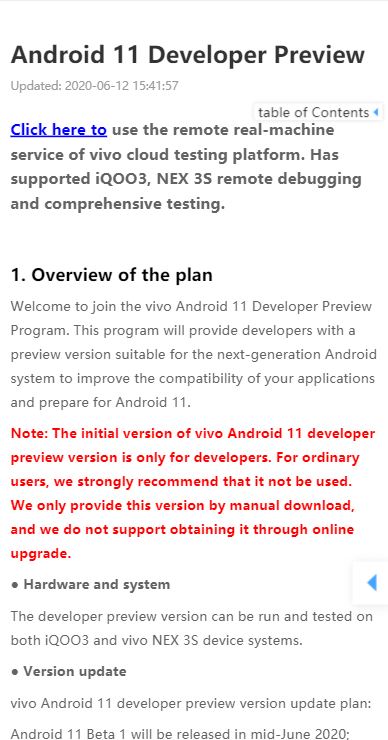 Since we are talking here that a trial version of the Funtouch OS 11 system is for Vivo phones, there are only a limited number of users available to try the new Android 11 system on their devices. So, below we have compiled a list for you about Vivo phones that have received the beta update so far, or even those that are supposed to get the system as well .. And to make sure that you will not miss anything, we will update this list frequently every day whenever any new information becomes available, whether official. Or even just leaks.

Like most other manufacturers of smart devices, Vivo pledges to its users to support all its phones by launching two versions of the Android system “at least”, with some low-end phones that will receive only one update to the system for the duration of its support. On the other hand, we expect to launch the Android 11 update for many other Vivo devices, which you can learn from the following list.

Vivo does not share much about how it manages the process of official system updates, or what are its policies regarding this matter, as Samsung or Huawei do, for example, so you will notice that the information currently available is scarce, and most of it is even based on reasonable expectations. Given that the company took several months after Google officially launched Android Q before it actually launched the Android 10 update alongside the Funtouch OS 10 interface for its devices, we also expect the company to take a long time and some waiting before we see a stable version of its next update.

Until that time comes, or we see an official statement from the company with a list of its phones supporting the last system, we expect that the following list will receive the Android 11 update as soon as it is available from the company (that is, it is the first to receive it):

There is one thing in common with all the phones of the previous list, which is that all of them came with Android 10 out of the box, which confirms that they will be among the first phones that will get Funtouch OS 11 update as soon as it is available from the manufacturer. As for the other Vivo phones that support Android 11, we expect that the following list of phones will receive it, noting that all of them came with Android Pie out of the box.

Vivo announced Funtouch OS 10 in mid-December 2019, more than three months after Google announced the Android 10 OS for Pixel devices. So, if Vivo followed the same approach with the Android 11 update, we might see the first release of Funtouch OS 11 then in the last quarter of the current 2020 (beta versions, of course).

On the other hand, all versions of the Vivo X30, although they came with the Funtouch OS 10 interface out of the box, were actually running on Android 9.0. Therefore, we may see something similar with Funtouch OS 11, although we do not know if the company intends to launch new phones with Android 10, which will most likely get the last OS in 2021.