EMUI 10.0 update and also Magic UI 3.0 with Android 10 is the upcoming major update for Huawei & Honor phones which Huawei announced for the first time at the 2019 developer conference held in China. The new Huawei update came alongside the latest Android 10 system from Google. According to the statements of the Chinese giant, EMUI 10 Update came with 60% system improvements compared to the previous EMUI 9.1 update , as well as a 20% level of graphics and games using GPU Turbo technology, in addition to the feature of night mode with long-awaited Dark Mode from all Its users, along with some other features like multi-screen support. 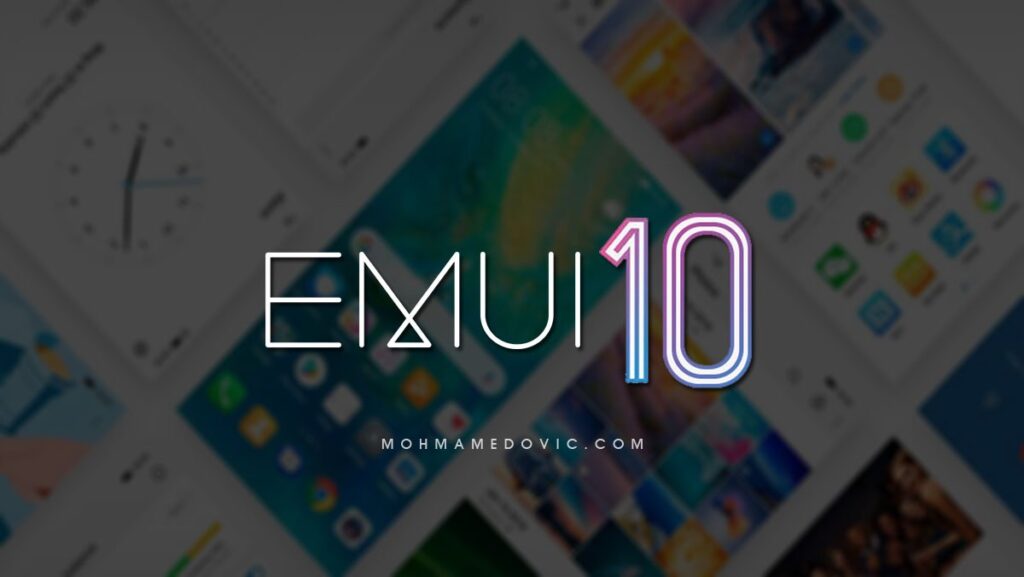 Huawei always releases new updates based on the same Android release date annually. Besides, EMUI versions usually come with all the features of the raw Android system, but with the provision of some additional capabilities and customization of course, which we often do not see with the stock Android as we are used with custom Android skins.

As for the features, we will start with the design: The phone icons in the Android 10 system for Huawei phones have got a new design, so that they are now more circular and of less colors. As for the new Dark Mode , you can now run it on external applications as well, not just system applications, which will be very useful for those who love dark colors. There are also more options for calendar designs, as well as the watch in Always-On Display.

EMUI 10 & Magick UI 3.0 update will arrive for many Huawei & Honor phones. At the moment, there are many phones that have already received either the stable official version such as the devices of the two recent flagship companies, or trial updates as well.

Previously, Huawei had unveiled the EMUI 9.0 Android Pie at IFA 2018 in the German capital Berlin. EMUI 9 comes preinstalled with Huawei Mate 20 versions at the same time. For your information, Google unveiled the final version of Android 9 Bay on August 6, 2018.

Updated: January 3, 2020
Huawei officially announced days ago the official EMUI 10.0 update alongside Android 10 Q, and also followed up by announcing the update date for some of its smartphones. Huawei P30 as well as the P30 Pro will be the first to get the new stable update since it has already got the beta, and will get the beta by September 8, 2019. The Huawei Mate 20 production line from the other side will be the second in this list in late September, along with four phones from Honor who will receive the Magic UI 3.0 version (which is the same EMUI 10 but with a different name only!). 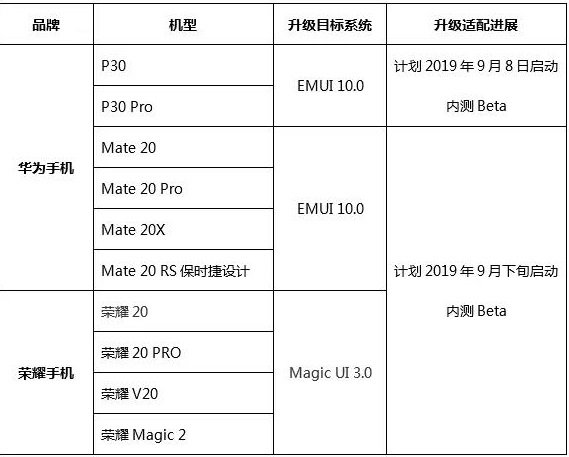 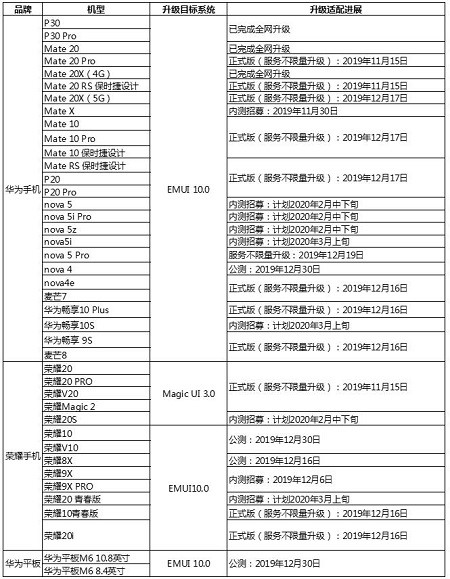 The noteworthy feature that the company added in the new update here is that you can now send pictures from one device to another during calls, or even make a live video broadcast, and following is a list of the official date of the phones that will receive EMUI 10 or Magic UI 3.0 so far.

According to the official time map that contains a map and the date of the upcoming Android 10 update for Huawei / Honor devices, all phones that you will find in the following list will receive the upcoming EMUI 10 or Magic UI 3.0 update from Huawei. The official Huawei 10 update has already been launched in conjunction with the launch of the Mate 30/30 Pro phone, along with the Huawei P30 / 30 Pro phone also receiving the update while we talk. As for when to launch the Android 10 update next to EMUI 10, you will find it below:

The previous list contains only Huawei and Honor devices that have been officially confirmed to receive the new Android 10 update by the company. Huawei is also more likely to launch an update for phones that are not on this list or to even add new devices to it, if it comes to be seen soon.

Usually, before any major system update, Huawei officially declare which phones are waiting for the new release along with a timeline of when these updates will be released as we saw with the EMUI 9.1 update list. Therefore, we will update our EMUI 10 & Magic UI 3.0 update list as soon as there is any new information.
Android 10EMUI 10HonorHuawei
Share FacebookTwitterTelegram