Explain how to download Google apps on new Huawei phones 2022 with latest GSpace app APK. Not a little while ago, the Chinese giant Huawei was facing several problems in the basis of its industries due to the American ban on companies from dealing with Huawei, whether by selling or buying, and this of course included the technologies of manufacturing processors, as well as the license to use the Android operating system, of course because Google Basically American.

The main reason here is because of the spying on users by Huawei, in addition to that it cooperates with the Chinese government in this matter, according to the US administration, which is not certain if you are wondering!

As mentioned above, last May 2019, the United States of America decided to prohibit the Chinese company from dealing with its own companies permanently, and this ban included many companies necessary for Huawei to continue its trade, such as Qualcomm manufacturer of processors, ARM company that owns smart chip manufacturing technologies, as well as Google of course.

Although the company was not greatly affected by the business interruption with Qualcomm because it was relying on the basis on its own Kirin processors, the absence of the usual Google services and apps such as YouTube, Chrome browser, or even Google Maps were among several essential things that users need to deal with any smartphone, at all.

Did Huawei solve the problem?!

Huawei’s way around this problem was to develop a new operating system so that it could get out of Google’s mantle, which came in the name of Harmony OS – but despite that, according to this XDA report while ago, this system is only a modified version of the Android OS, although The company has denied this, so we’re back to the starting point again!

It seems that the Chinese company should search for alternative solutions, and until that time, users are looking a lot for some way or steps that allow them to get the usual Google apps on Huawei, Honor new devices for 2020 and also 2021 as all of them lack some important applications such as Play Store or YouTube, for example. Of course, you can use some alternatives to Google Play, which often performs its function excellently, but even so I think that there will not be a real alternative to the Google Play Store any time soon.

Today, and after we talked about some other ways to install Google Play services on Huawei phones, such as Chat Partner, there is a completely new method that appeared since the beginning of 2021 so that users can install Google Play on Huawei devices and also the new Honor that came without it. This method is an application called GSpace.

This method is completely easy and without any complications, as all you have to do here is download the app and run it, and perform some simple steps to get all the Google apps you need. You can download the application from the following link attached below, or simply by searching for it within the AppGallery store.

Did you know that OurPlay App can get you Google services on HarmonyOS devices! 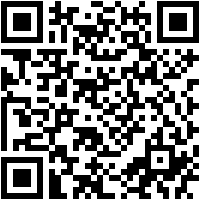 Did you know, There’s another easy way to install Google Apps on Huawei Devices via DualSpace App!

There is a new way 2022 to be able to install Google Play on Huawei P40 and some other devices!

Get GMS on Huawei P40 Series or any of 2022 Devices With This Easy Method!