Yesterday, Samsung announced several new devices at the UNPACKED conference, including the Galaxy Note 20, Note 20 Plus, in addition to the Galaxy Z Fold 2. Meanwhile, the Korean company confirmed that the Galaxy Note 20 devices, along with some other few phones, will have the official One UI 3.0 update, which comes alongside the new Android 11 OS.

Of course, this has been a popular demand for a long time from the company’s users since Samsung provides only 2 major Android updates for its smartphones, and we are talking here about the phones of the mid-range or even the flagship of the Galaxy S or Note. So, it was a wonderful surprise for everyone when Samsung introduced yesterday and announced that it will support its smartphones by launching three versions of major Android updates, and the thing that is certain so far is that it talks about its flagship phones at least.

And speaking of new updates, I have some great news. Samsung has officially announced the launch of the One UI 3.0 developer beta. Of course, we expected that Samsung would announce Android 11 beta for its devices at an earlier date than we used to every year, but we never expected that the company would launch the beta version before even launching the stable vwesion update from Google.

A few days ago, we updated the list of Samsung phones that will get Android 11, and that the One UI 3.0 beta update has already started for some Galaxy S20 devices in the UK. I add to the above that there is a new report that appeared on Geekbench platform, which showed that Samsung S20 phones are already running Android 11 beta.

Anyway, now Samsung has officially stated that it has started Android 11 system tests, so if you are interested and want to join the One UI 3 beta program, then you can go to the official announcement page for the new beta update and register yourself. However, you should know that the beta program is currently open to join users in some regions only, including: China, Germany, India, Poland, Korea, the United Kingdom, in addition to the United States of America. It seems that Samsung has supported in the tests the S20 versions that contain only Qualcomm processors. 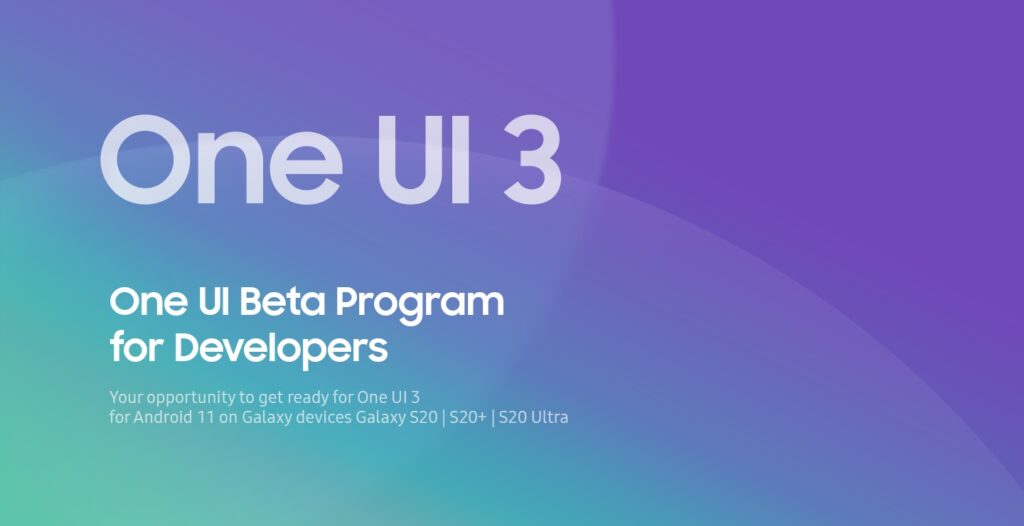 I also add to the above information that Samsung has given the option to its volunteer developers to participate or join this beta version in order for them to have the opportunity to reprogram their applications to work smoothly on the new Android version, this will allow programmers in different in Korea as well as other countries that have the trial program available to test their applications on Their phones in different versions.

When will the One UI 3 beta be available?

Of course, once the company finishes testing the new system on the Galaxy S20 phones, other Samsung phones may get this opportunity as well. And if you are wondering, here are all Samsung phones that will officially get One UI 3 alongside Android 11. As we are used to, we will closely follow the process of new Samsung updates and will update this page whenever any new information becomes available.