Samsung entered the world of smart folding devices very strongly and surprisingly last year when it announced the Galaxy Fold dual-screen phone , and then later when it announced the improved version of it at the beginning of this year, which came in the name of the Galaxy Z Flip. And now, the Korean company is preparing to announce the third version of its 2020 foldable phone, which will often be at the UNPACKED conference three days from now, the Galaxy Z Fold 2.

As you know, all Samsung devices have a dedicated One UI interface, so we expect the Galaxy Z Fold 2 to have a lot of customizations and new things. Like most other Samsung phones, the new Galaxy Z Fold 2 comes with an impressive array of new Samsung wallpapers, which are very similar to the first-born phone, i.e. some colorful butterfly wallpapers with strong paint colors. Fortunately, these wallpapers were leaked today just before the official launch of the phone a few days later, and now you can download the Galaxy Z Fold 2 wallpapers in full resolution from below.

Now let’s go over the main reason you honored us today, which is the cool butterfly wallpaper that we’ve seen with Galaxy Z Fold 2 leaks from the last period. Currently, we only have 4 wallpapers and it is one butterfly wallpaper design that Galaxy Folder 2 appeared in the leaks.

You can download any of the Galaxy Fold 2 Butterfly wallpapers below, as we “as of now” only have 4 wallpapers as mentioned above. One of them is full resolution with dimensions of 1080p Full HD, while the other one is in QHD or 4K resolution and dimensions of 2560×1440 pixels, which makes both backgrounds suitable for almost all phones, especially Samsung phones with AMOLED screens, since it is a butterfly background, most of it is black, yet it also contains some colors mixed in the form of All very well, expressly designed.

The phone as we mentioned is supposed to be launched a few days from now, specifically on August 5 2020. So it remains only a few days before it is officially announced, but we still have certain expectations of most of the phone’s specifications and internal hardware from a lot of leaks in the last period. 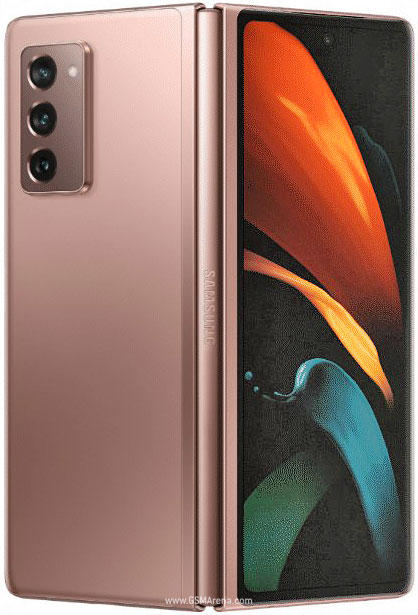 As for the design, the Galaxy Z Fold 2 is expected to come from the front with a design very similar to the upcoming Galaxy Note 20, which will be announced in the same event days later, which will often be a great design, and a phone feel like a pioneer.

As for the screen, we expect that the new Samsung Z Fulde 2 phone will come with a 6.23-inch Super AMOLED screen with Full HD resolution from the outside, then the screen technology from inside Dynamic AMOLED but it measures 7.7 inches with a accuracy of 2K and dimensions of 1536×2152 pixels and support for HDR10 technology, as well as There are many leaks that make sure that the new Samsung foldable phone will come with a support of 120Hz for the screen frequency.

Galaxy Fold 2 with 5 cameras with 64MP

Speaking of lenses and imaging capabilities, recent leaks and reports indicated that the Galaxy Fold 2 will come with three rear cameras, one of which is a 64-megapixel camera and f/1.8 lens slot and supports OIS image stabilization, another Ultra-wide lens for wide-angle 12-megapixel photography, in addition to To a 12-megapixel telephoto lens also has an f/2.4 aperture that supports 2x optical zoom as well as OIS stabilization. The main camera here supports AF, HDR imaging techniques as well as panorama. The camera here can shoot and record videos in 4K and up to 60 frames per second. 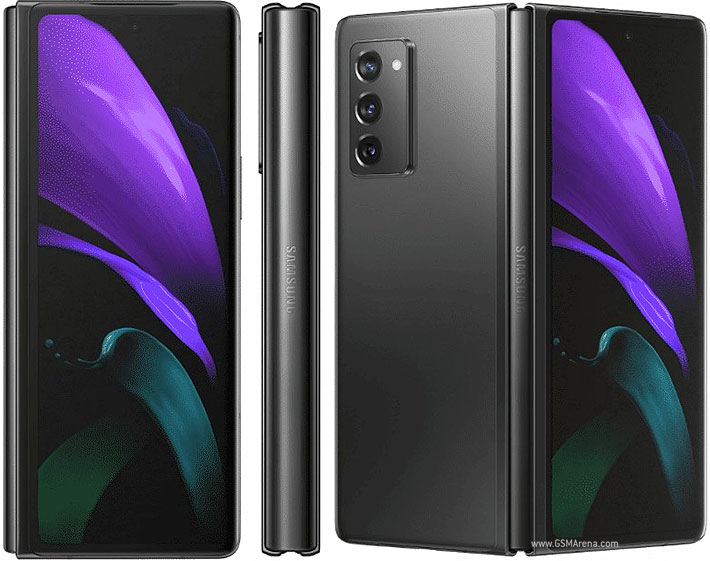 As for the front (or from the outside), there is at the top of the external screen a dual-lens selfie camera, one for regular shooting with a 10-megapixel camera and f / 2.2 lens slot, and the other is Ultrawide for wide-angle photography with a resolution of 10 megapixels also and aperture of f / 2.2 and support for HDR imaging technology as well Capture and record 4K video at 30fps with EIS support for e-stabilization only.

Some other specifications and features include a 4356mAh battery that supports 15W fast charging, 15W fast wireless charging, and support for 9W reverse wireless charging technology. The phone will likely come with support for 5G networks frequencies. As for the price talk, it is expected that it will not differ much from the first Fold as reports indicated that it will be at a price of 2,000 euros.