Samsung is currently preparing for the revelation of its latest flagship release of the Galaxy Note series. The announcement of the Galaxy Note 20, as well as the Galaxy Note 20 Ultra, should be on August 5, 2020. As we are used to from the Korean company, the Note series usually contains the best internal hardware in the world at the time of its launch, as well as the latest versions of the operating system. You can follow the official launch event on the Samsung official website directly. Until the date for the announcement of the new Samsung Note 20, we have Galaxy Note 20 wallpapers today, as well as Samsung Note 20 Ultra wallpapers, which you can get from below at full resolution. 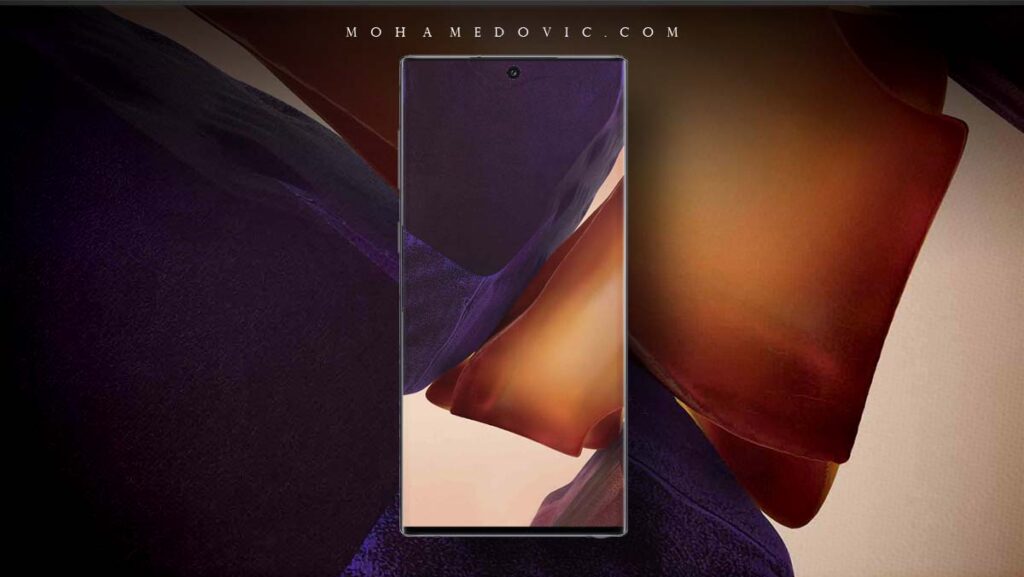 note that the attached backgrounds were subsequently cropped to the dimensions of 1080x2400px and compressed their size to fit the view on the browser, so you will notice that you are just a “only” review of the original version We do not recommend using them. Instead, download wallpapers in full quality from the download link below the next photo album.

According to recent rumors and leaks, the new Samsung Galaxy Note 20 will feature a 6.7-inch Super AMOLED screen with Infinity-O design (a hole in the middle of the screen for the front camera), which will also come with FHD + resolution and dimensions of 1080 x 2400 pixels. The ratio of screen balance to dimensions here will be 20: 9 as it will come in support of HDR10 technology , and surprisingly, according to several reports, the Samsung Note 20 screen will be with a refresh rate of only 60 Hz! It is not acceptable in this price category for the year 2020. 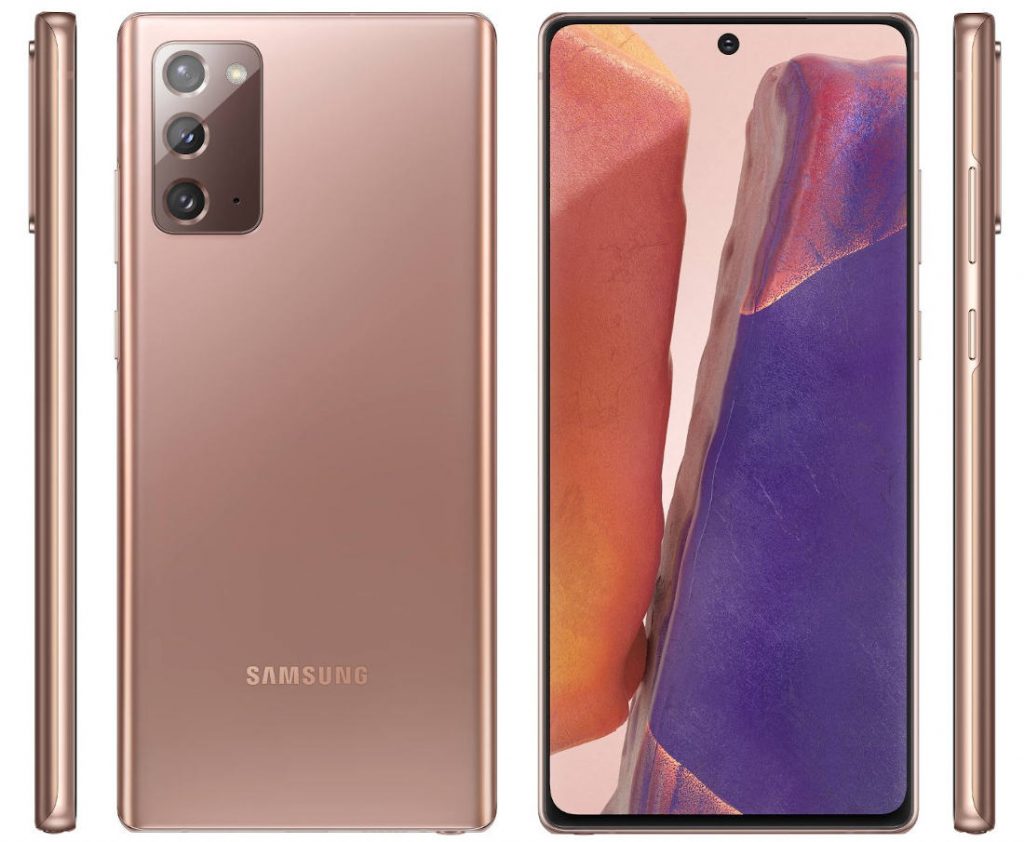 As we expect, the Galaxy Note 20 phone will be considered here as a mid-range phone as it features support for both 4G and 5G network frequencies, while the Galaxy Note 20 Ultra version will only support 5G network frequency. Strangely, as we mentioned, the basic version here will not come with a refresh rate of 120Hz for the screen as we have seen in all versions of the Galaxy S20, maybe it is supported by the Ultra version, so there is no information about this yet.

Samsung Note 20 Ultra is the most powerful with WQHD display 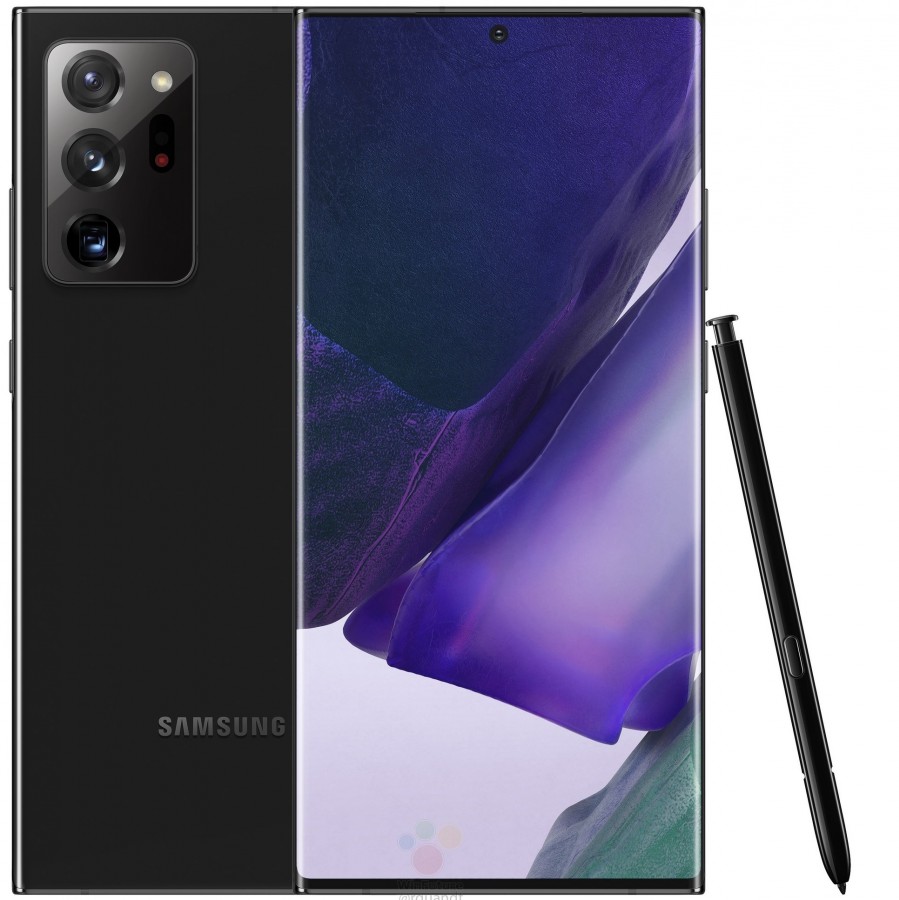 The Samsung Galaxy Note 20 Ultra from the other side will come with a larger screen size of 6.9 inches and will be Super AMOLED also with the same design Infinity-O but the fundamental difference here is that it will be WQHD or 4K and dimensions of 1440 x 3200 pixels. And unlike the regular Galaxy Note 20, the Ultra version here will support a refresh rate of 120 Hz, a 19.3: 9 aspect ratio, along with HDR10 support. Boosting your hair a bit, the Note 20 Ultra is perhaps the first in the world to feature the latest in Gorilla Glass 7 screen protection yet.

As you might expect, an ultrasonic fingerprint sensor is at the bottom of the screen. There is also support for 5G networks frequencies, the ability to install two data cards with the presence of a microSD card for external memory with support for eSIM technology in some countries that support it. The new Samsung Note 20 will also come with the latest USB 3.2 port yet. According to some other sources, both versions of the Galaxy Note 20 will be with AKG external speakers as well as Samsung Pay.