Yesterday, Realme announced the first release of its custom skin, which was developed based on the OPPO ColorOS 7.0, Realme UI in China. Today, the company has already launched the Realme X2 beta. Realme UI update came based on the Android 10, which simply means that the company has already started the Android 10 beta program on the Realme X2. The company notes that users can join the new system experience from January 20 to January 27 2020. Below you can find all the details if you want to join Realme UI Beta. 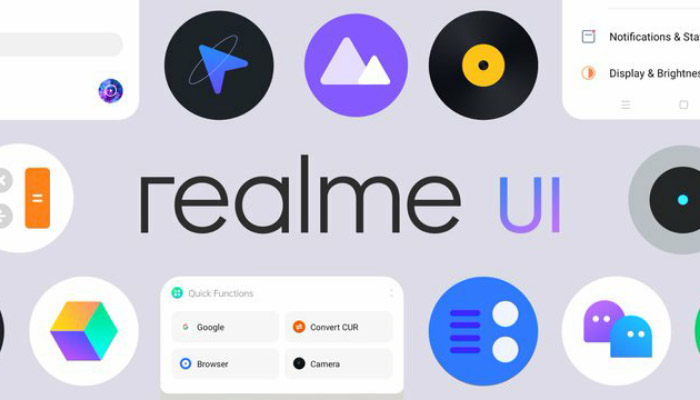 Realme UI beta software with Android 10 is currently limited to phone users in India only. So if you want to join Realme Android 10 beta then you must be an Indian citizen over 18 years old. And not only that, even if you are an Indian user, you will also need to provide proof of your government nationality (identity verification) what is known in India as Aadhaar Card . So, these were the necessary requirements to be able to update Android 10 on a Realme X2.

As for talking about the new system features, the all-new Realme UI system has already come very similar to the ColorOS version of Oppo, and I think it has most of its features as well as we have seen with the Magic UI version which came with the EMUI 10 from Huawei as well. However, the difference here is the new icons’ shape and a noticeable speed in opening and running applications. Last November 2019, the company officially shared the dates of Android 10 updates for Realme phones, which told us that the Realme 5 Pro will be the first on this list, followed by Realme 3 Pro, and then Realme X2.

Since we are talking about a trial version, in the event that you meet all the conditions above, you should expect some errors. Realme UI Beta Program will open for registration beginning January 20, 2020. The request to join will be approved and will receive a confirmation mail. Once confirmed, you can download Realme UI alongside Android 10 and install it on your phone. Of course you will also get the latest security patch for January 2020 and many other new features.

Here we finished all the information available on the Realme UI update along with the new Android 10.0 for Realme smartphones. I know you are probably not an Indian citizen, not even residing in India, but the launch of a new interface from a huge company like Realmee was important to talk about and all the information available about her Beta program.
Android 10Realme
Share FacebookTwitterTelegram