The Chinese company Huawei officially announced the “eleventh” version of its custom UI called EMUI 11, which came alongside the Android 11 OS, at Huawei developer conference HDC 2020 last month. The new interface release comes as a fundamental improvement compared to the previous EMUI 10, which includes many new features and system performance improvements. According to the Chinese company’s statement, EMUI 11 update came to focus on three basic things: improving the user interface, privacy and security features, and finally what it called Seamless AI Life.

Currently, EMUI 11 update for Huawei devices is still in its beta stage for most of its support phones, and soon its stable version will be launched. In today’s lesson, we will walk you through detailed steps on how to download  EMUI 11 update for a your device “in the event that it supports it” – and then install it on your phone using several different methods. So, go ahead carefully. 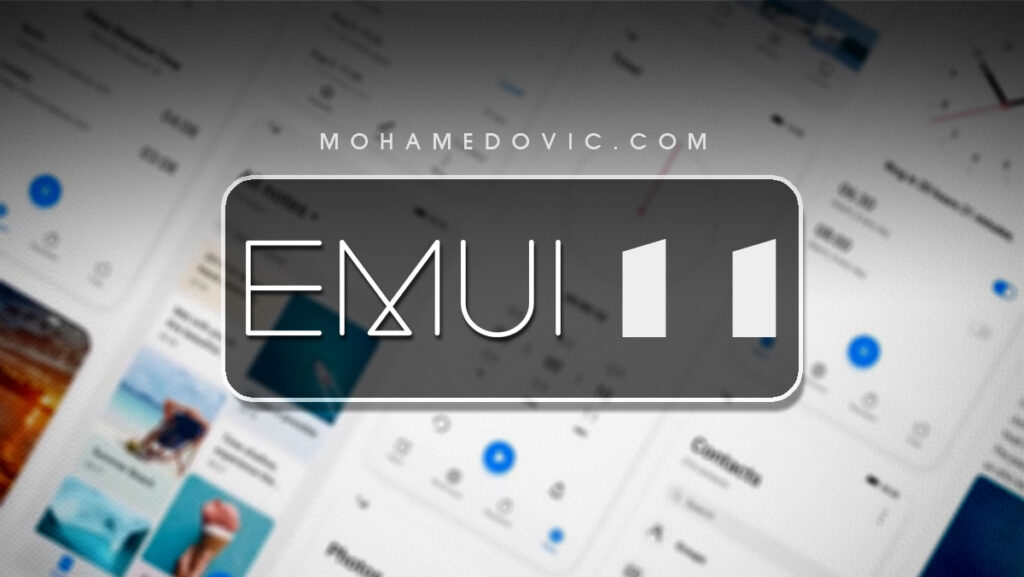 As we are always used to, EMUI 11 update for Huawei , Honor, which came along with the Android 11, will be launched over the air (OTA). The former means we will start seeing the new system as soon as the company officially launches it for users. But despite this, there are those times that despite the company’s sending of the new OS, users does not reach, or there is no notification of a new update.

So, here our role appears, because if you are one of the users who for some reason could not obtain the new EMUI update, then there are some manual steps or solutions that you can follow to get the latest version of your phone’s operating system.

The steps that we will talk about below are supportive of most Huawei devices that support EMUI 11, and also include the following devices:

Huawei is still focusing on improving the user interface in the new EMUI 11 update, as it has added many new features as well as improving those that were present in previous versions and includes Always-On Display feature (for phones that contain an AMOLED screen), some new Huawei themes, smoother effects while moving between system functions and apps, new capabilities for gesture and swipe navigation as well as better control of vibrations while interacting with the system (Feedback). Of course, there are also many improvements in multitasking when using more than one window on the screen.

Note: The following steps can be performed only in the event that your phone was among the Huawei devices that “officially” support the upcoming EMUI 11, Magic UI 4 update. So, don’t try it on an unsupported phone in the first place because you won’t be able to change that.

There are three different ways to be able to obtain new system updates for Huawei or Honor devices manually, or update Android 11 next to EMUI 11 in the case of today’s explanation, but it is nonetheless supportive of all other OS versions. Therefore, you can choose any of the following methods that are convenient for you.

This method is the easiest and simplest of all the EMUI 11 download methods that we are talking about today as it does not require any additional steps, and it is available in front of you inside the System Settings app. So, perform the following steps:

Huawei Hisuite is a free tool programmed and developed by Huawei itself to help in such matters as well as to be able to manage all that releases your phone from the versions of Huawei, Honor, Mate or Nova, but by computer or laptop. You may also know it as Huawei PC Suite and it works like any other official smartphone management program like Smart Switch for Samsung phones.

HiSuite allows you to perform various tasks on your Huawei device, such as the ability to backup and restore, restore the operating system to factory condition, as well as install official system updates. So, by thes following steps, you can download and install EMUI 11 in the event that it was officially available for your phone now:

In this method, you can also confirm that there is a new official update available for your phone manually via the official Huawei Support app. To do this, follow these steps carefully:

Important note: These methods will only work in the event that there is already a new update available for your phone, but for some reason you did not receive a notification of this update or you were not able to install it.

Now we finished explaining how to install the EMUI 11 or Magic UI 4 update on Huawei and Honor phones, and upon completion you will have the phone with the latest official system from the company. Of course, there are some other methods, such as the one in which you use the Huawei Updater app – but here we only talked about the easy official methods that do not contain any complicated steps.

So, were the steps easy and the explanation helpful? Did you face any difficulties while implementing any of the above methods? Then use the comments section below to let us know about the issue you encountered, and together we’ll try to fix it.