ColorOS 7 update with Android 10 for Oppo phones. Given that it sold more than 22 million smartphones in the first quarter of 2020 only, Oppo became one of the top 5 smartphone companies in the world. In fact, the Chinese company is considered one of the main reasons for the inability of the Android 10 to access only a small number of Android smartphones compared to other system versions. Very close to last year, Android 10 currently has only 8.2% of all Android smartphones globally.

So, given its strong presence in the smartphone market today, Oppo’s update to its latest ColorOS 7.0 will be a strong reason for the Android 10 system to acquire more of these devices compared to Android Pie or Android Oreo. However, there are very few Oppo phones that have already been updated to Android Q so far. 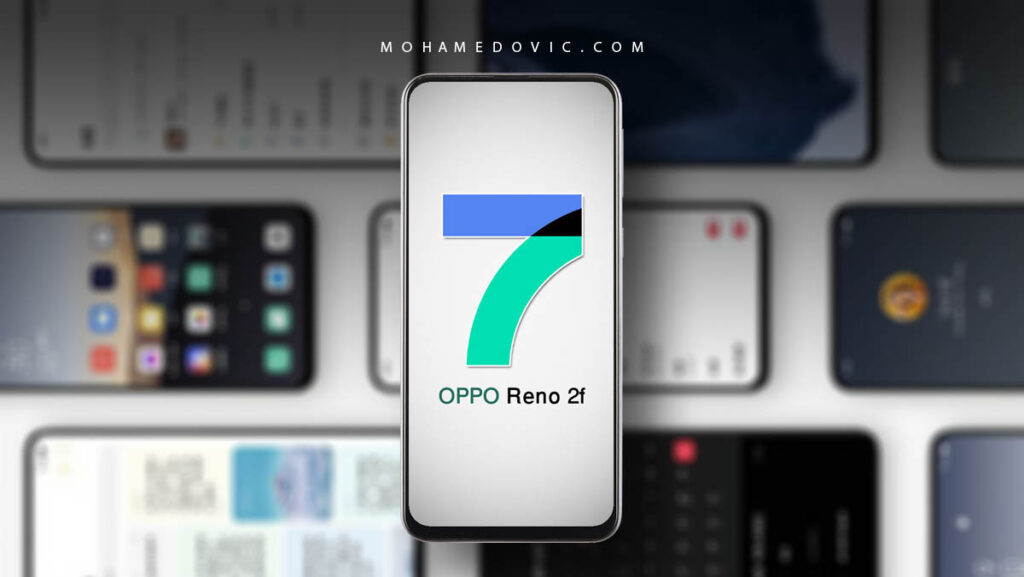 Of course, Covid-19 virus had a strong role in Oppo’s delay in the process of updating its devices to the last system, but despite that the company is making a very huge effort to accelerate the launch of the latest Android 10 update with its beta version for its phones before the final stable release which will be at some point during the third quarter Also the last quarter of 2020.

The next update from the ColorOS interface will come based on Android 10.0, and we can expect that most of its features will be excerpted from the raw Android system, even though the company has not officially announced any upcoming features and features with the upcoming ColorOS 7 update.

Oppo has made noticeable improvements in the camera and image processing features after capturing, especially with Beauty Mode 2.0 shooting, in low-light conditions with extreme night mode, in addition to developing and improving other modes, including super anti-shake for shooting video and still photos.

Oppo phones will also get a new mode called Soloop that allows users with great photo and video editing capabilities. As for performance, the Game Space mode for gaming with Oppo phones comes with a new option called Focus Mode which works almost the same way as Digital Wellbeing in Android 10, so nothing new. The new one is on the Breeno smart assistant, which comes with some new features such as hands-free as well as driving mode.

To date, OPPO phones that have received Android 10 update with ColorOS 7 or ColorOS 7.1 interface with the latest stable final release so far are as follows:

Did you know that Find X2 and X2 Pro are supported for the upcoming Android 11 beta program.

So far (29 July 2020), there are a good number of Oppo phones that have received the stable Android 10 update, while there are many other phones that are still with the ColorOS 7 beta while we talk. However, we will update this list as new information becomes available.

This does not mean, of course, that the company will give up its phones older than those mentioned in this list, or even its mid-range versions. And to make you hair even better, it is also likely that Oppo will update all of their respective smartphones for the past two years completely. Of course, we don’t have any official statements or a phone list, but it is still only a reasonable expectation.

The Android 10 update is now available for download and installation for the Oppo A5 2020 phones, as well as the A9 2020, which came next to the ColorOS 7.1 interface. As for the Oppo F7 phone, it has also started to get the last system, but beside the release of the ColorOS 7 interface.

Opo has officially stated on its official Twitter account that ColorOS 7 updates with Android 10.0 for its devices will delay slightly in reaching users in some countries due to the Covid-19 pandemic. 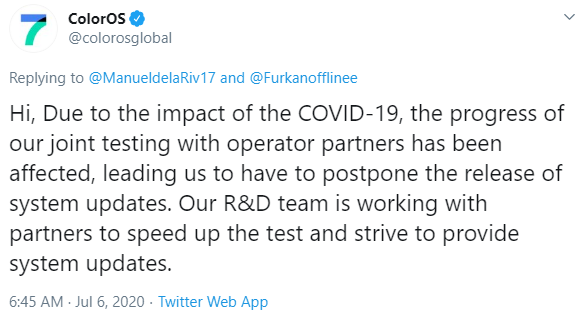 As the Chinese company promised before, the official stable colorOS 7 update has started today for Oppo A3, Oppo A9 as well as Oppo A9x as well as Oppo R15 which came based on the latest Android 10 system.

Opo has started the ColorOS 7 beta program for Oppo Reno 3 Pro phone users in India and Indonesia and soon in Egypt and the Middle East. (Source) On the other hand, Official Oppo support in India stated that the Oppo F15 phone will start getting the stable Android 10 update starting tomorrow, July 24, 2020.

Oppo has launched the stable ColorOS 7 with Android 10 for Oppo A91 and also Oppo F15. The OPPO R15 Dream Mirror Edition also started receiving the last update in the early hours of the morning.

These were the Oppo phones confirmed to receive the ColorOS 7.0 update next to Android 10.0 in the coming period. Some users may be eagerly awaiting to try the new ColorOS interface, while others may want to try the revolutionary features of the latest Android system. In any event, we will update this list on our part whenever any new information is available, even if it is only leaks or was it official from the company of course. This was all we know so far about Oppo updates as well as Realme at the moment, and if you have any questions or questions, please feel free to leave a comment below.