Now you can download WhatsApp Web 2022 EXE for PC v2.2208.15 (official version 115MB with night mode update) and run WhatsApp on computer. Constant written errors while using WhatsApp on smartphones are troublesome for many people (especially with wrong keyboard changes in most cases) and the reason here is that screens of Android phones or iPhone are very small.

For many people, there is nothing comparable to the pleasure of using the usual real keyboard because this method causes the least amount of errors. Fortunately, WhatsApp comes with a great feature, which is the ability to download WhatsApp for the PC, which will enable you to use the WhatsApp program on your desktop or even a Mac and write your friends on the big screen. 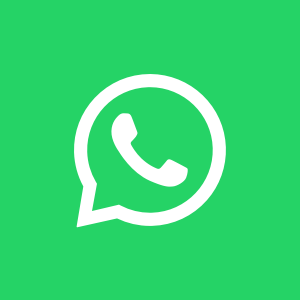 Ability to make audio and video calls in WhatsApp Web

WhatsApp has launched the highly-anticipated update for WhatsApp Web, a feature that enables voice and video calls to be made via WhatsApp on the computer, starting with the new update on March 4, 2021. It is worth noting that this feature was already present, but for specific users since last December 2020, but it has now been officially launched for all users, and this is a very cool thing for a very large number of users who were sitting on the computer, and then have to pick up the phone in order to receive incoming WhatsApp calls.

The announcement of this new feature was through the official WhatsApp account on Twitter, in addition to the fact that they also shared a link to download the latest version of WhatsApp Web in the same tweet, as you will see the following:

Explain how to make voice and video calls in WhatsApp Web

WhatsApp finally launched the long-awaited night mode update for  WhatsApp for smartphones in Feb 2021. However, the web version as well as the WhatsApp program on the computer did not get the same new update. There were some leaks that the American company was preparing to launch the dark mode, so that there was a way to get WhatsApp web in black had talked about it before and we explained how to get black color in WhatsApp but it was nonetheless an informal method. And now, the company has finally launched WhatsApp Web Dark Mode officially for the browser version as well as the program that you can install on Windows.

Steps to run WhatsApp on the computer

Once you download the program, you will get a file called WhatsAppSetup.EXE for Windows. To install it, simply tap on it double click and follow the following pictures:

You will notice that the process of installing WhatsApp Web on the computer is completely automatic and will take place without any intervention from you, or even without the ability to change the installation settings. When you reach the page that contains the QR code as it appears in the last image, you will need to follow the same steps mentioned above with the browser version, and finally the ability to run WhatsApp Web as it appears in the following image:

Here we ended with the usual ways to run WhatsApp Web on your computer. But wait, there’s an additional way and I bet you you’ll find it impressive. Follow us next.

Through the WhatsApp program, Users on Android or iPhone will be able to enjoy running WhatsApp Web on the computer, whether through the official app or even through the official WhatsApp page directly and run it without downloading besides the possibility of messaging with family and friends using the large keyboard Real and without having to use the screens of small phones.