A few months ago, the Chinese company Tecno announced its first phone with front camera technology that originated from the inside of the phone (with a motor) by the Tecno Camon 15 Pro. The company also announced in the same event the regular version of the same phone with the design of the front camera hole (punch-hole). Speaking of the Techno Camon 15 Pro version, which is the most powerful here, it came with a front-facing motor camera as mentioned, along with a 48-megapixel rear camera. The phone, unlike the company with its other devices, comes with a wonderful design and some attractive Techno wallpapers, so below you can get the Techno Camon 15 Pro wallpapers in full resolution.

Personally, I think one of the best attractive things common to all Techno smartphones is the official backgrounds with their impressive designs. Yes, if you search, all previous Tecno phones will find that they often have an impressive array of backgrounds especially as we have seen with other company phones like Tecno Camon 12 Air or Techno Camon CM , and today also this habit has not differed.

After you downloaded the new Camon 15 Pro wallpapers from Tecno in its original resolution from above, let’s take a quick look at the Chinese company’s quote in its latest phone for 2020. Starting with the screen, both phones come with a 6.6-inch IPS LCD screen with 6.6 inches and HD+ resolution. We are also used to the company as it usually focuses on the low-income user. So the screen here isn’t good at 720×1600 pixels.

As for the processing forces and the internal hardware, the Tecno Camon 15 (the regular version) came with the Helio P22 chip from MediaTek, while the Camon 15 Pro version came under the hood with a slightly better chip, the same company, Helio P35, which came with a 12nm manufacturing accuracy. As for the operating system, here you will get Android 10 along with the HiOS 6.0 interface from Tecno . As for memory, there is only one option, which is 6GB RAM, along with 64GB of internal storage, with eMMC 5.1 manufacturing technology that is somewhat outdated today and also slow compared to UFS technology.

As for talking about the camera, it’s one of the things you can say is good for new techno phones. Techno Camon 15 Pro comes with a four-lens rear camera with a 48-megapixel primary imaging sensor with support for PDAF technology, an ultra-wide 5-megapixel wide-angle lens, a background isolation sensor and 2-megapixel portrait photography, and finally there is also a QVGA sensor and all of that It is aided by night photography by dual LED flash next to the camera. From the front, the Camon 15 Pro has, as mentioned, a mobile camera with a 32-megapixel motor, while the regular version has the same camera but with a screen hole design at the top. 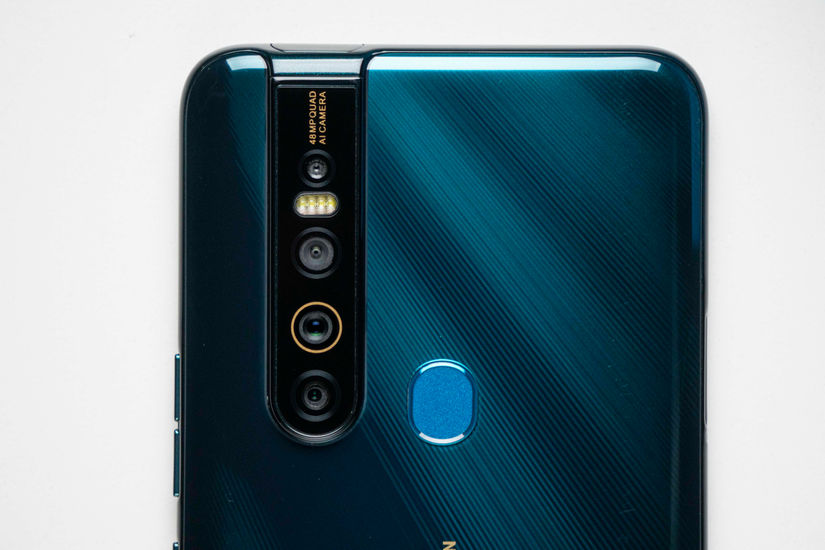 As for the battery, Techno Camon 15 (basic version) has a good 4,000mAh battery, while the Pro version comes with a 5,000mAh battery. Yes, the battery capacity is very good but nonetheless it does not support fast charging technology which will result in a very long time to charge the battery especially the Pro version. As for the colors, you can buy the phone in golden, purple, white, in addition to diamond green. As for the price, which is one of the things that distinguishes Techno phones in general, you can buy the regular version here at a price of 213 USD (or about 3,400 EGP).

Install One UI based Android 9.0 Pie on Galaxy J7 Prime 2…