The design of the new Samsung Galaxy S10 camera and its holes, which was amazingly placed by Samsung under the screen, has been an inspiring design for many developers and designers as well as application programmers, especially after seeing the images or backgrounds suitable for the design of the S10 camera, which emerged as soon as the phone was detected. The design of the notch that came from most of the Android phones since the beginning of 2018 was never liked by developers such as Samsung’s new camera design. After the backgrounds for the design of the camera, another way to take advantage of this design is the Energy Ring application, which will allow you to put the battery indicator (colored circle around the front camera).

One of the advantages of the Energy Ring application is that it is very light and consumes almost 0% with the phone processor because it is always in sleep mode. Once the battery is changed, the processor alerts the application to change the circular battery indicator located around the camera at the top of the screen. The application then returns directly to the deep sleep state, so that it does not affect battery consumption or system performance as soon as you close the screen, which means that it does not read the battery changes even while the screen is closed. 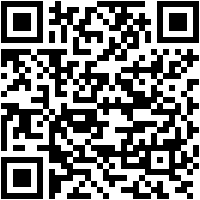 If you have not already expected the functionality of the application as soon as you read it, Energy Ring puts a color ring on the current battery around the camera with the Galaxy S10. The application also comes in support of the Galaxy S10 Plus because it comes with different design of the front camera in addition to the Galaxy S10e of course. And besides what the app does about battery, it gives you a great design to distinguish your camera from the rest of your phone screen with some attractive colors.

However, you should know that the application is still in beta stage. Although it has received some recent updates, as we have said, it is still experimental, so you should expect some errors such as that the side edge of the colored circuit is sometimes partially hidden with the Galaxy S10e only.

Once you have installed the app, run it and skip the usual initial windows to the main application menu. Now all you have to do is run the application from the button at the top (left or right), then the app will automatically switch you to the notification permission settings.

This should allow you to access system notifications so that you can know the current battery ratio and show it around your camera, and then automatically switch you to settings for different permissions. This time you’ll need to allow visibility at the top of the screen (over other apps or Overlay). Once you have all the required permissions, you’ll notice that the app is already working and you’ll find its battery ring around the camera at the top.

These Xiaomi Devices Are Now Unsupported for OS and Security Updates!

These OPPO Devices Will Get Android 13 in October!

These Realme Devices Will Get Android 13 in October!