Last month, Samsung announced two new phones for the low-end category in the Middle East and India within the Galaxy M series phones: Galaxy M01s and also Galaxy M01 Core. We already talked about the release of the M01s, and today with the cheaper version of the two phones, the Galaxy M01 Core. The new Samsung phone here has a 5.3inch TFT display and it also comes with a good 3000 mAh battery besides that it runs on Android 10 Go Edition. The phone looks identical in design to the Galaxy A01,  so it is also similar to the stock wallpapers that came with it before. So, now you can download Galaxy M01 Core wallpapers from below.

Galaxy M01 Core in terms of design and even the backgrounds comes very similar to other members of the Galaxy M family, especially in 2020. So, today we have 2 new stock wallpapers from Galaxy M01 Core unlike the other old wallpapers. All wallpapers below come in HD+ resolution, with dimensions of 720 x 1480 pixels. Download wallpapers from the Google Drive download link  below the attached photo album, bearing in mind that the attachments are just a review of these wallpapers and are not suitable for use on the phone.

The new Samsung Galaxy M01 Core phone comes in the mid-range “low” devices, so it came at a very good price, especially considering that it is from a brand like Samsung, so you can buy the phone now at $73 (less than 1,200 EGP), which makes it suitable to add to List of the best phones to run PUBG Lite. And if you are excited to know the specifications of the cheap Samsung phone after you got its original wallpapers included with it, then let us introduce you to them next. 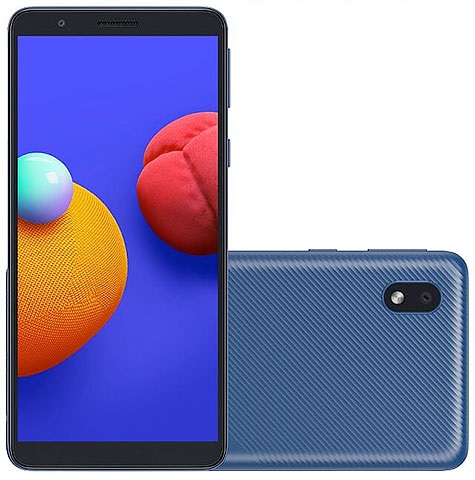 Samsung’s new M01 Core phone, as we mentioned, has a 5.3-inch TFT screen with HD+ resolution and dimensions of 720×1480 pixels, and the screen here comes with an aspect ratio of 18.5:9. As for the processor, the new Samsung phone contains under the cover the MediaTek MT6739 quad-core chip with very old manufacturing accuracy of 28nm, along with the Android 10 Go operating system with direct support from Google.

The new Galaxy M01 Core phone from the Korean company comes with two different memory options. Here you can get 1GB RAM or 2GB, along with 16GB or 32GB of internal storage in order that you can expand it later to a capacity of up to 128GB by external MicroSD memory.

As for the cameras and imaging capabilities, the new Galaxy M01 Core has an 8-megapixel rear camera with an f/2.2 lens slot, support for autofocus technology and the ability to shoot and record 1080p videos with 30 frames per second, while from the front you will get a selfie camera with a single lens, also with a 5-megapixel camera and f/2.4 lens. 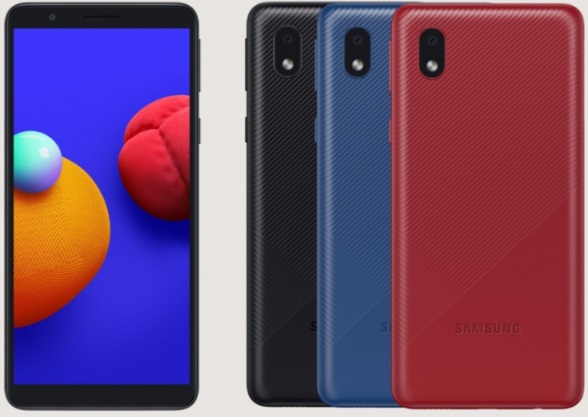 The Galaxy M01 Core, as we mentioned, came with a 3,000 mAh battery “not supporting fast charging,” and the charging here is very slow with a capacity of 5 watts via MicroUSB 2.0 port, not Tybe-C. As for the color options, they are three and they include red, black, in addition to blue.