Android Pie update for Moto X4 has finally been released! Phone users who have been waiting for the update for a long time can now download and install it manually on the phone. Android 9 update for the Moto X4 is only suitable for versions XT1900-4, XT1900-5, XT1900-6, and XT1900-7.

Motorola’s Moto X4, which was acquired by Lenovo, was launched in November 2017 last year. Moto X4 in the Mid-range phones has a 5.2-inch Full HD screen beside the Snapdragon 630 chip under the hood. The phone also has 4 GB RAM and 64GB of storage, which can be expanded up to 200GB using a separate MicroSD card slot. The phone is still being supported since it was launched less than two years ago and makes sense to get the Motorola Android Pie update . However, it is not clear when Motorola will launch this update for the phone as it has not been officially released yet. Until then, XDA member CypherPotato had found a way to install the official software for Android 9.0 on the Moto X4.

This tutorial is not for noobs, so do not try the steps in this lesson unless you know exactly what to doing!

Android Pie update is the biggest update of Android system since the release of Lollipop. The system has completely changed how the user interacts with the phone as well as several revolutionary additions under the cover as well as some visual changes.

The attached update is a download links below not specifically from Motorola, and has not yet been officially launched. Therefore, we can never guarantee that your phone will work after you perform these steps. Despite this warning, Pie 9.0 firmware below was installed and tested on Motorola X4 devices with version number XT1900-4, XT1900-5,  XT1900-6  and  XT1900-7. You should also know that the “Update Not Working” has been confirmed on version XT1900-2 – so do not ever try to test the update on it. Even if you have performed all of the steps listed here, there is a simple possibility that something wrong is likely to happen. So, make sure you understand what you’re doing, and that you’re doing it at your own risk.

Download the Android Pie update for the Moto X4 phone

Note: Once you have downloaded the appropriate version of Pie 9.0 for your phone, transfer it to the external MicoSD memory. 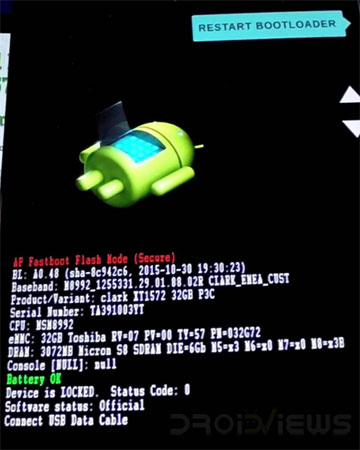 Once the installation is complete, restart the phone and find that it has been taken off within the new Android 9.0 Pie system. To avoid any errors after installing the new firmware, we strongly recommend that you perform the factory reset. You can do this by going to Settings> System> Advanced> Reset options and select Factory reset the device. When your phone reboots again, it’s also recommended that you update all pre-installed apps with the ROM next to the Google Play Store and then reboot once again. If you encounter a Bootloop problem, you will need to press the Power button for 15 seconds to perform a Soft Reset .

Once you’ve completed all the steps to install Android Pie on your Moto X4 and everything is done, go to your phone’s settings, then About phone, then make sure you’re running latest Android version. 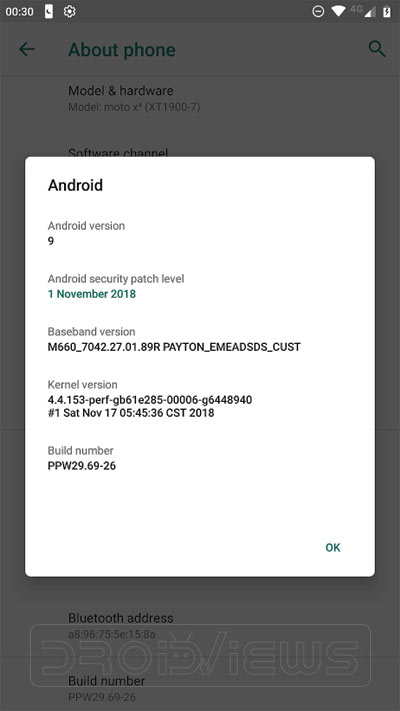 Downgrade Realme 3, 3i to Android Pie after Upgrade to Android 10 [Official]