Free Fire Heroes Arise update 1.81.0 apk + obb or what some know as OB33 has become available for download now for all users around the world, and everyone can now download the update from within the game, or by downloading the free fire apk obb files separately and then installing them manually on the phone and experience all the features of the new World Series update, whether through the Play Store for Android – or via the iOS App Store for Apple devices.

While the new Free Fire update has become available to all players around the world, whether Android or iPhone users, there are times that some users will not be able to automatically download the new game version from Google Play updates.

Therefore, Android users here have multiple ways of how to download and update Android games on their devices, and among these methods is the ability to download the apk file and also obb for any game they want even if it is prohibited in their country like PUBG KR, then install it manually on the phone by following some simple steps.

So, today we’re going to talk about this method step-by-step so that you can finally have Free Fire World Series on your phone.

If you happen to have not installed the game on your phone before, whether it is Android or iOS – then click on the following links to download from the official store directly: 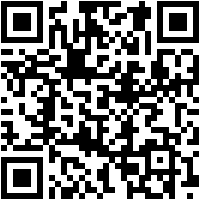 In the event that you already have the game, but for some reason you could not update to the latest version that was released by the game developers in the early hours of this morning, then follow the following instructions carefully:

If you encounter an error after installing the game, such as  There was a problem parsing the package message, then you will need to re-download the game files again and follow the same installation steps. Or I recommend you to try downloading and installing the apk file by itself.